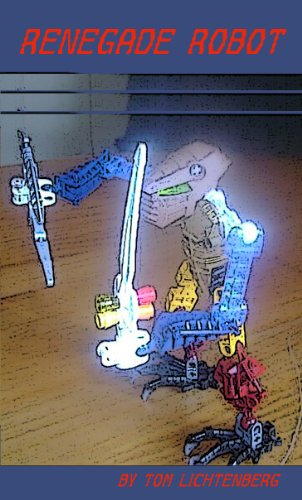 Description:
It's the end of the world as we know it when a renegade robot leads the Frantic News Network and a powerful Christian sex cult to collide in a fiery orgasmic freak out, a Singularity event most fitting for these times of constant, well-funded hysteria.

12 Steps
by Darren R. Hawkins - Wincing at Light Books
A novel of addiction, recovery and the social cost of substance abuse treatment. It’s a novel about redemption and failure. A story of small mistakes, smaller victories and the consequences of decisions made in the name of emotional health.
(8517 views)

Please
by Peter Darbyshire - ManyBooks
Please chronicles the life of a young man who drifts through a hallucinatory urban world filled with celebrity wannabes, addictive relationships and jobs that demand he become someone else. The only thing he cares about is finding his ex-wife ...
(6393 views)

The Octopus: A Story Of California
by Frank Norris - Doubleday
This is a turn-of-the-century epic of California wheat farmers struggling against the rapacity of the Pacific and Southwestern Railroad, which will stop at nothing to extend its domination. This is the story of the waning days of the frontier West.
(7891 views)