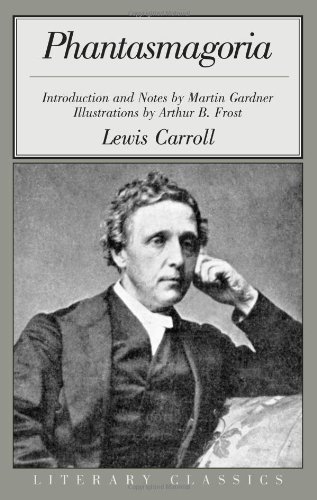 Phantasmagoria and Other Poems
by Lewis Carroll

Description:
Known for pointing out the absurdities of life in his fiction and poetry, Carroll took paranormal belief to the extreme in the satirical poem Phantasmagoria, the humorous story of an annoying ghost that is assigned to haunt a new house. While the owner wishes the ghost would simply leave, the ghost politely informs the man of the many types of spectres and their duties, which include scaring people, making them ill, and causing mysterious disturbances.

HIS-tory
by Steve R. - Smashwords
A book of poetry powerfully expressing the different accounts of Barack Hussein Obama, President of the United States of America, during his ascension toward the White House. Taking extreme care in keeping it challenging and stimulating ...
(2046 views)

Rhymes and Meters: a practical manual for versifiers
by Horatio Winslow - The Editor Publishing Company
This book arranges in a convenient form the fundamentals of verse -- enough for the student who takes up verse as a literary exercise or for the older verse writer who has fallen into a rut or who is a bit shaky on theory.
(8944 views)

Poetry's Afterlife: Verse in the Digital Age
by Kevin Stein - University of Michigan Press
The essays of this volume blend memoir, scholarship, and personal essay to survey the current poetry scene, trace how we arrived here, and suggest where poetry is headed in our increasingly digital culture. Poetry's spirited afterlife has come ...
(6186 views)

Leaves of Grass
by Walt Whitman
Walt Whitman created a daringly new kind of poetry that became a major force in world literature. First published in 1855 with only twelve poems, it was greeted as the most extraordinary piece of wit and wisdom that America has yet contributed.
(15842 views)