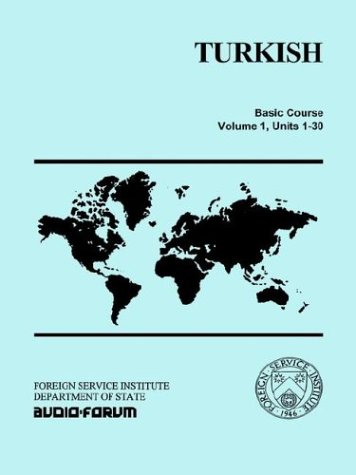 Description:
Turkish Basic Course may be described as an introduction to spoken Turkish in that it includes the major patterns of simple sentences and a vocabulary of about 475 high frequency items. The text is designed for use in classes taught by native-speaking language instructors.

Wikijunior: Languages
by Robert Horning, at al. - Wikibooks
A basic introduction for 8-12 years old kids to learn about different languages around the world. The text covers a large variety of languages rather than studying any particular language in depth. The goal is to provide some basic language skills.
(14182 views)

Punjabi
- Wikibooks
Punjabi, a language of the Indo-European family, is native to the Punjab region. It is spoken internationally by 125 million people and is the 10. most widely spoken language in the world. This book will help readers learn this fascinating language.
(4067 views)

Chinese (Mandarin)
- Wikibooks
Chinese is the most common language in the world: about one-fifth of the world speaks it as its native language. This textbook will assume that you have no prior knowledge of Chinese, but are willing to take Chinese as a serious subject of study.
(11456 views)

Learn How To Speak Modern Swahili
by Pauline Mandari - Feedbooks
An informative guide on how to speak modern Swahili written by native speaker. Learn to speak Swahili that is spoken by many people right now. The book contains greetings, colors, telling time, people, numbers, animals, food and simple conversations.
(6958 views)