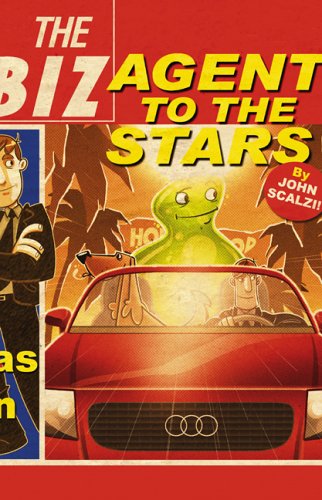 Agent to the Stars
by John Scalzi

Description:
In this slick, lightweight SF yarn from Scalzi, Thomas Stein, a hot young Hollywood agent, has just negotiated a multimillion-dollar deal for his friend, starlet Michelle Beck, when his boss, Carl Lupo, foists a space alien called Joshua on him.

Youth
by Isaac Asimov - Project Gutenberg
Youth is a science fiction short story. It first appeared in the May 1952 issue of Space Science Fiction and was reprinted in the 1955 collection The Martian Way and Other Stories. Youth is one of the rare Asimov stories with alien characters.
(8687 views)

A Vested Interest
by John and Shelia Chapman - Smashwords
When Donna Rigden gets fed up with her job at D'Netics Research Facility she resigns. Big mistake! Donna is now on the hit list of one of the most notorious men in the corporate US. He has no morals and doesn't accept 'No.' ...
(8425 views)

The Earthbound Series
by D M Arnold - VIRTUALimprint
The EARTHBOUND Series is a set of five character driven stories in a science fiction setting, featuring an ordinary hero with everyday problems: He has a boss, a job that's a grind, a wife who doesn't understand him and a girlfriend on the side...
(8666 views)

Mindforger
by K.Z. Freeman - Smashwords
If you saw how the world will die, what would you do? What could you do? Max Byron is the proxy of a living God, and his God hates him. Or so it would seem. Given the power to bend men to his will, Max scours the world and does his master's bidding.
(9014 views)