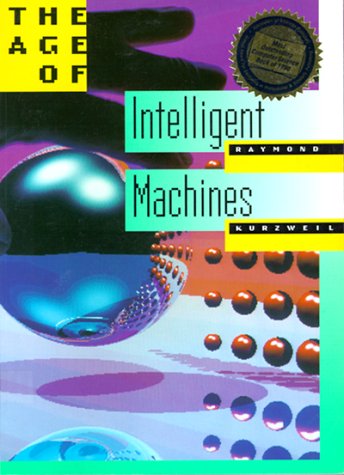 The Age of Intelligent Machines
by Ray Kurzweil

Description:
Inventor and visionary computer scientist Raymond Kurzweil probes the past, present, and future of artificial intelligence, from its earliest philosophical and mathematical roots to tantalizing glimpses of 21st-century machines with superior intelligence and truly prodigious speed and memory.

Bayesian Network
by Ahmed Rebai (ed.) - InTech
Bayesian networks are a general tool that can be used for a large number of problems involving uncertainty: reasoning, learning, planning and perception. This is a collection of contributions to the methodology and applications of Bayesian networks.
(4137 views)

Artificial Intelligence: Foundations of Computational Agents
by David Poole, Alan Mackworth - Cambridge University Press
A book about the science of artificial intelligence, it presents AI as the study of the design of intelligent computational agents. The book is structured as a textbook, but it is accessible to a wide audience of professionals and researchers.
(9950 views)

The Quest for Artificial Intelligence
by Nils J. Nilsson - Cambridge University Press
Artificial intelligence is a field within computer science that is attempting to build enhanced intelligence into computer systems. This book traces the history of the subject, from the eighteenth-century pioneers to the work of today-s AI engineers.
(10281 views)