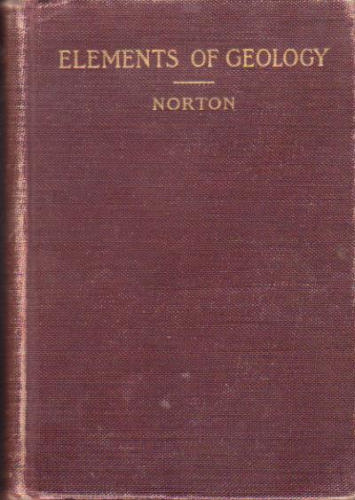 The Elements of Geology
by William Harmon Norton

Description:
The present work is the outcome of the need of a text-book of very simple outline, in which causes and their consequences should be knit together as closely as possible. The author has ventured to depart from the common usage which subdivides geology into a number of departments, -- dynamical, structural, physiographic, and historical, -- and to treat in immediate connection with each geological process the land forms and the rock structures which it has produced.

Volcanoes of the United States
by Steven R. Brantley - US. Government Printing Office
The U.S. ranks third, behind Indonesia and Japan, in the number of historically active volcanoes. A few volcanoes have produced some of the largest and most dangerous types of eruptions in this century, while several others have threatened to erupt.
(3190 views)

Geology for Engineers
by Robert Fox Sorsbie - Griffin
A knowledge of geology is of the first importance to the practical engineer. The author compiled the requisite information in a clear and concise manner in one volume, in the hope that it may serve as a handy book of reference.
(21332 views)