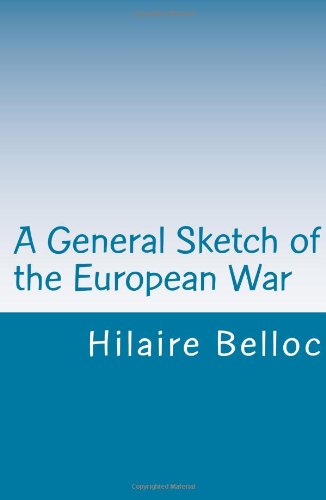 A General Sketch of the European War
by Hilaire Belloc

Description:
It is the object of this book, and those which will succeed it in the same series, to put before the reader the main lines of the European War as it proceeds. Each such part must necessarily be completed and issued some little time after the events to which it relates have passed into history.

Wall Street and the Rise of Hitler
by Antony C. Sutton - G S G & Associates
This book describes the role of the Wall Street financial elite in the 1933 seizure of power by Adolf Hitler in Germany. Contemporary academic histories, with perhaps the sole exception of Carroll Quigley's Tragedy And Hope, ignore this evidence.
(14042 views)

A History of Germany
by Bayard Taylor - Project Gutenberg
My aim has been to present a clear narrative, omitting no episode of importance, yet preserving a distinct line of connection from century to century. Besides referring to the best authorities, I have based my labors mainly upon three recent works.
(9125 views)

Nuremberg: The Last Battle
by David Irving - Focal Point Publications
This book is an intimate look at the origins and conduct of the first post-war trial of major war criminals held at Nuremberg from 1945 to 1946. It has as its nucleus a series of articles which the author wrote in the late 1960s.
(14547 views)