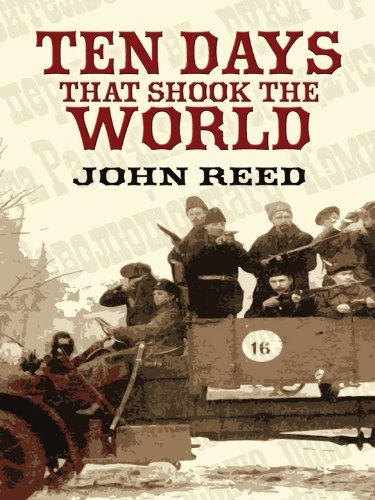 Ten Days That Shook the World
by John Reed

Description:
In Ten Days That Shook the World John Reed tells the story of Red October and the Russian revolution from a unique, firsthand perspective. Reed recounts conversations and arguments, details political machinations, and speculates on personal motives.

Shattered Crystals
by M.A. Kanner, E.R. Kugler - shatteredcrystals.net
In Shattered Crystals, Mia Amalia Kanner recounts the true story of her struggle to save her family from annihilation in Nazi Germany and war-torn France. It is about a courageous Jewish woman, yet this is much more than a Holocaust history.
(5573 views)

Vitus Bering: the Discoverer of Bering Strait
by Peter Lauridsen - S. C. Griggs & Co.
Vitus Bering (1681-1741) was a Danish-born Russian navigator. Published in English translation for the American market in 1889, this sympathetic biography by the historian and geographer Peter Lauridsen, had originally appeared in Danish in 1885.
(6150 views)

Border and Bastille
by George A. Lawrence - W.I. Pooley & Co.
This is the story of the author's adventurous trip from England to the Southern states during the War Between the States to serve in the Army of Northern Virginia. He was taken prisoner and only released on promising to return to England.
(5329 views)