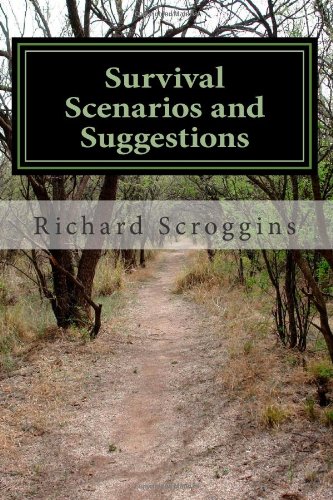 Description:
This book is a collection of scenario based tips that cover many aspects of both short term and long term survival. It is based on a variety of small and large scale disasters and common mistakes that lead into survival mode.

What Bird is That?
by Frank M. Chapman - D. Appleton & co
A pocket museum of the land birds of the eastern United States arranged according to season. The birds are drawn and reproduced with such accuracy that no essential detail of color or form is lost. They are all drawn to nearly the same scale.
(10502 views)

Jungle Peace
by William Beebe - Henry Holt & Co.
William Beebe is a good writer, a trained scientific observer, and an enterprising and adventurous traveler. The jungle he herein describes is that of Guiana; and in the introductory chapters he gives cameos of what one sees sailing southward ...
(6735 views)

Boat Sailing
by A. J. Kenealy - The Outing Publishing Co.
The book is written in a simple sailorly style for all lovers of the sea and boats. All the hints and directions given in these chapters may be followed with profit on the Pacific Coast as well as on Lake Michigan or on the Gulf of St. Lawrence.
(2670 views)

A Bicycle Tour Of Northern Sweden And Finland And Norway
by Tomas Carlsson - Smashwords
This travelogue is a collection of my notes from a bicycle tour in northern Sweden, Finland and Norway, in the land of midnight sun and mosquitoes. It can be read as information about bicycle touring or traveling in northern Scandinavia in general.
(5486 views)