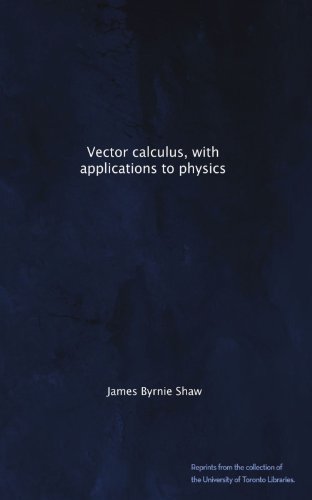 Vector Calculus, with Applications to Physics
by James Byrnie Shaw

Description:
The attempt in this book has been to give a text to the mathematical student on the one hand, in which every physical term beyond mere elementary terms is carefully defined. On the other hand for the physical student there will be found a large collection of examples and exercises which will show him the utility of the mathematical methods.