Internet of Things in 5 Days
by Antonio Linan Colina, et al. , 2016
This book is a quick but thoughtful guide to jump into the Internet of Things, covering important subjects as IPv6 networking, sensors, wireless protocols and technologies, as well as IoT cloud platforms and its protocols, featuring lots of examples.
(4146 views)

The Second Internet: Reinventing Computer Networking with IPv6
by Lawrence E. Hughes - InfoWeapons , 2010
This book provides a succinct, in-depth tour of all the new features and functions in IPv6. Aimed at system and network administrators, engineers, and IT managers, this book will help you integrate IPv6 into your current IPv4 infrastructure.
(6051 views)

An IPv6 Deployment Guide
by Martin Dunmore - 6net , 2005
Internet Protocol version 6 (IPv6) is replacing IPv4 to dominate the networking world. This deployment guide will enable you to fully harness the power of IPv6. A 'Must have' reference for IT/Networking professionals and students.
(7410 views)

Signaling System No. 7
by Lee Dryburgh, Jeff Hewett - Cisco Press , 2004
Signaling System No. 7 (SS7) is a signaling network and protocol that is used globally to bring telecommunications networks, both fixed-line and cellular, to life. This is a complete, practical guide to the world's most popular signaling system.
(12218 views)

Daryl's TCP/IP Primer
by Daryl Banttari - ipprimer.com , 2010
This document is designed to give the reader a working knowledge of TCP/IP subnetting, addressing, and routing. It is targeted toward LAN administrators just moving to TCP/IP, however it should help anyone who wants to know how TCP/IP works.
(10178 views)

Understanding X.500: The Directory
by D. W. Chadwick - Chapman & Hall , 1996
The X series of standards developed by the CCITT deals with communication over special-purpose data networks. X.500 standards are complex and incomplete and this explanatory book should allow readers to understand them more easily.
(10805 views)

DNS for Rocket Scientists
by Ron Aitchison - ZyTrax, Inc. , 2009
This Open Source Guide is about DNS and (mostly) BIND 9.x on Linux (Fedora Core), BSD's (FreeBSD, OpenBSD and NetBSD) and Windows (Win 2K, XP, Server 2003). It is meant for newbies, Rocket Scientist wannabees and anyone in between.
(11506 views)

Understanding Networking Technologies
by Clayton Coulter - Atrium Technical Inc. , 1997
This course is designed to provide you with up-to-date information on networking. The content focuses on local area networks and the technology for connecting them together. It is general enough to give a broad overview of today's technologies.
(11571 views)

The TCP/IP Guide
by Charles Kozierok - No Starch Press , 2005
The TCP/IP Guide is a comprehensible guide to the TCP/IP that will appeal to newcomers and the seasoned professional. It details the core protocols that make TCP/IP internetworks function, and the most important classical TCP/IP applications.
(14270 views)

CCIE Practical Studies, Volume I
by Karl Solie - Cisco Press , 2001
This book provides you with the knowledge to assemble all the necessary components required to model complex, Cisco internetworks from Layer 1 on up. Volume I covers physical access, modeling LAN and WAN data-link protocols.
(15626 views)

CCNP Practical Studies: Switching
by Justin Menga - Cisco Press , 2003
This book is all about switches, which are network devices that provide LAN connectivity for end devices. The book focuses almost entirely on Ethernet switches, which have become the most popular Layer 2 devices in modern networks.
(14158 views)

Beej's Guide to Network Programming - Using Internet Sockets
by Brian Hall , 2008
A brief how-to guide on network programming using Internet sockets, written for anybody who is just starting out with socket programming. The section on Windows programming is also included. The guide is updated for IPv6.
(24365 views)

TCP/IP Fundamentals for Microsoft Windows
- Microsoft Corporation , 2008
This is an introduction to the basic concepts of TCP/IP protocol suite. The book explains how the most important protocols function, and their basic configuration in the Windows Server 2008, Windows XP, and Vista operating systems.
(16996 views)

Network Calculus
by Jean-Yves Le Boudec, Patrick Thiran - Springer , 2004
Network Calculus provides deep insights into flow problems encountered in the Internet and intranets. The book begins with an introductory course on network calculus, then shows how it can be applied. The second part serves as a mathematical reference.
(13820 views)

TCP/IP Tutorial and Technical Overview
by Adolfo Rodriguez, John Gatrell, John Karas, Roland Peschke - Prentice Hall PTR , 2006
The book provides an introduction to the TCP/IP protocol suite, and serves as a reference for advanced users seeking to keep their TCP/IP skills aligned with current standards. Both the novice and the expert will find useful information in this text.
(15423 views) 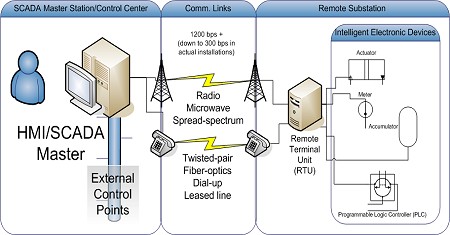