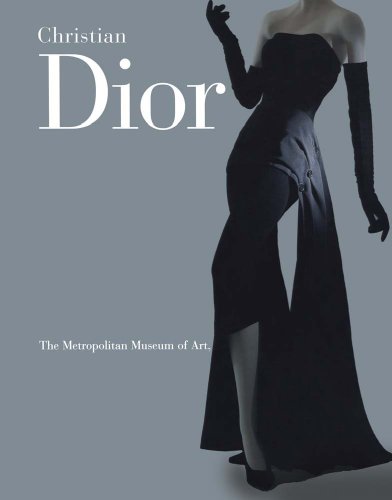 Description:
This is a portrait album of a sampling of Christian Dior's masterpieces shown in the 1996 New York Metropolitain Museum of Art's retrospective. Among the illustrations are extravagant evening wear, chic accessories, and details of Dior tailoring, as well as documentary photographs from the Dior Archives, Paris.

Costume Design and Illustration
by Ethel Traphagen - John Wiley & sons
The designer and the illustrator should both have a knowledge of the beautiful lines of the human form. Drawing from the nude is of great advantage to the student, and no serious costume illustrator should be without this valuable training.
(11988 views)

English Costume
by Dion Clayton Calthrop - Adam & Charles Black
The world is a complicated picture of people dressing and undressing. The history of the world is composed of the chat of a little band of tailors seated cross-legged on their boards; they gossip across the centuries, feeling very busy and important.
(12716 views)

The Age of Napoleon: Costume from Revolution to Empire, 1789-1815
by Katell Le Bourhis (ed.) - The Metropolitan Museum of Art
The book goes into detail on the fashions of this period and deals with other related subjects such as Napoleons efforts to revitalize the silk and lace industries of France to be used in his court and the costumes of his armies...
(8304 views)