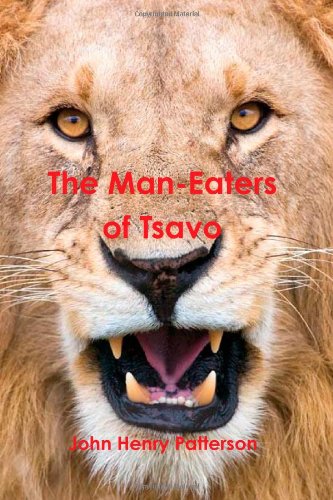 The Man-Eaters of Tsavo
by J. H. Patterson

Description:
This book details the author's adventures in East Africa at the turn of the century. While building a railroad through Uganda his workers were attacked by man-eating lions. These attacks were the worst on record and devoured 28 of his Indian workers as well as countless African natives. Petterson single-handedly tracked and killed the lions and his story is riveting. This book has been made into a movie twice: as "Bwana Devil" and "The Ghost and the Darkness". Neither is as good as this book.

The Last Boer War
by H. Rider Haggard - Kegan Paul, Trench, Trubner & Co.
A non fiction book about the Boer War of 1881. Excellent first-hand history by an eye witness who also happened to be one of the leading authors of the late 19th century. A must read for anyone interested in African History or British Colonial wars.
(10372 views)

The Crime of the Congo
by Arthur Conan Doyle - Doubleday, Page & Company
Doyle documents the atrocities committed in the Congo Free State, the personal possession of Leopold II of Belgium. Thousands of native Africans were forced to labor on rubber plantations for the benefit of their colonial overlords.
(11292 views)

The Meaning of Mandela
by Xolela Mangcu - Human Sciences Research Council
This lively, engaging and witty collection of lectures brings together the renowned African and African-American scholars - Cornel West, Henry Louis Gates Jr and Wole Soyinka - to reflect on the public meaning of the iconic Nelson Mandela.
(14790 views)