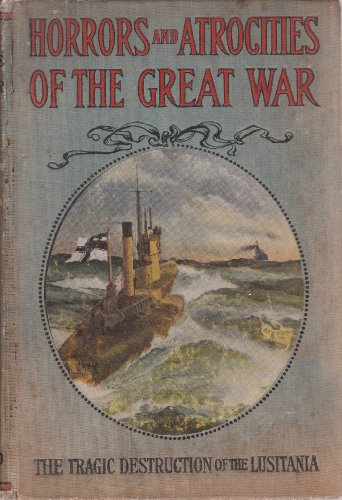 Horrors and Atrocities of the Great War
by Logan Marshall

Description:
The sight of all Europe engaged in the most terrific conflict in the history of mankind is a heartrending spectacle. On the east, on the south and on the west the blood-lust leaders have flung their deluded millions upon unbending lines of steel, martyrs to the glorification of Mars.

A Short History of Christianity
by J. M. Robertson - Watts & Co.
Robertson was an advocate of the Jesus-Myth theory, and he argued against the historicity of Jesus. According to Robertson, the character of Jesus in the New Testament developed from a Jewish cult of Joshua, whom he identifies as a solar deity.
(7320 views)

How Diplomats Make War
by Francis Neilson - Ludwig von Mises Institute
The first truly revisionist account of the origins of World War I to appear in English. The thesis is that Germany didn't bear some unique guilt for the war. The volume is written with much facility of expression and a large fund of materials.
(12671 views)

Around the World for 900 Years: Watching History Happen
by George J Cole - Smashwords
Cole's history is World News, reported as it happens by a roving observer in an imaginary space station drifting around the Earth for 900 years. He observes interesting events that are happening about the same time in different parts of the world.
(13970 views)