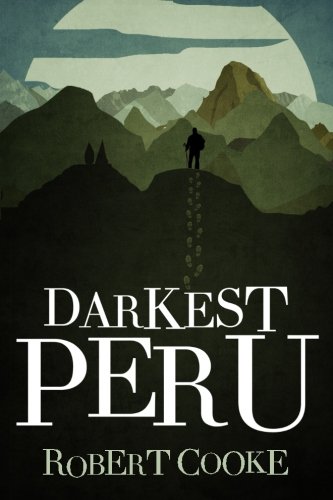 Description:
A struggling actor embarks on an unwise adventure into the Peruvian wilderness in search of a hidden Inca temple. His need to escape 'real life' sees him negotiating the towering Andes and sprawling Amazon basin, fending for himself in a land growing more dangerous by the minute. Alone in the wild he is left with ample time to contemplate why he ever thought it was a good idea.

Dictionary of World Biography
by Barry Jones - ANU Press
Mahatma Ghandi to Madonna, Jesus Christ to Jimmy Carter from a Non-American and Non-European veiwpoint. Jones is an Australian politician, writer and lawyer, educated at Melbourne University, the first to raise public awareness of global warming ...
(7273 views)

Leonardo da Vinci: A Life From Beginning to End
- Hourly History
Creativity is found in our very DNA, something not known to Leonardo da Vinci or anyone else who lived in his time. All he did was to uncover the hidden genius which lay within himself, and he used that inner genius to the very best of his abilities.
(5150 views)

Michelangelo
by Romain Rolland - Duffield & Company
The life of Michelangelo offers a striking example of the influence that a great man can have on his time. Michelangelo burst like a thunder-storm into the heavy, overcharged sky of Florence. He captured painting, sculpture, architecture and poetry.
(12635 views)