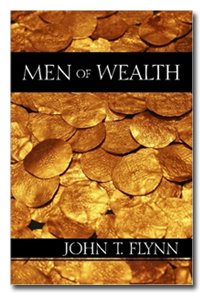 Description:
This book is a first-class business history, the story of great fortunes made by the most notable men of wealth in history: Jacob Fugger, John Law, Nathan Rothschild, Thomas Gresham, Robert Owen, Cornelius Vanderbilt, and all the way through J.P. Morgan and J.D. Rockefeller. The author understands economics and the state, so he has a special eye for ferreting out the difference between market means and unjust means of acquiring wealth. The stories are all fascinating and the prose is impeccable.

The Whole Truth and Nothing But
by James Brough, Hedda Hopper - Doubleday & Co.
Hedda Hopper tells all, reveals the inner secrets, hidden fears, the behind-the-scene stories of Hollywood and the people who made it famous -- Hedda Hopper has known three generations of Hollywood; now she draws the curtain aside and tells it all.
(1620 views)

Benevolence : From Guatemala to Goa On a Zimmer Frame
by Jim West - Project Gutenberg
At the age of one I contracted Polio. Suddenly, a world of infinite possibilities collapsed in upon me. Everything was now a struggle: breathing, lifting my arms, learning to walk. Nothing came easily. And the suffering wasn't just physical.
(7229 views)

Diary of a Suicide
by Wallace E. Baker - A. and C. Boni
The body of a well-dressed young man was found off Manhattan Beach, Sept. 28th. In his pockets a torn photograph of Strindberg and receipts for three registered letters were found. These receipts were traced to Mr. Herts and to friends in Toronto.
(10535 views)

Michelangelo
by Romain Rolland - Duffield & Company
The life of Michelangelo offers a striking example of the influence that a great man can have on his time. Michelangelo burst like a thunder-storm into the heavy, overcharged sky of Florence. He captured painting, sculpture, architecture and poetry.
(12352 views)