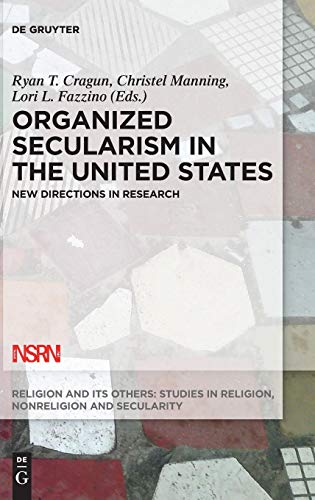 Description:
This is a book about the rise and structure of organized secularism in the United States. By organized secularism we mean the efforts of nonreligious individuals to build institutions, networks, and ultimately a movement that serves their interests in a predominantly religious society.

The Varieties Of Religious Experience: A Study In Human Nature
by William James - Longmans
Considering religion as it is felt in everyday life, James undertook a project that stands not only as one of the most important texts on psychology ever written, but for many critics one of the best works of nonfiction written in the 20th century.
(17411 views)

A Short History of Religious and Philosophic Thought in India
by Swami Krishnananda - The Divine Life Society
The book on the structure of Inner India, it offers to students of Indian culture a taste of its quintessential essence and, to those who are eager to know what India is, a colourful outline of the picture of the heart of India.
(17234 views)