UFOs, Ghosts, and a Rising God: Debunking the Resurrection of Jesus
by Chris Hallquist , 2009
At the dawn of the 21st century, interest in the origins of Christianity is as strong as ever. Hallquist examines what investigations of similar upstart cults have revealed and applies these revelations to the origins of the world's largest religion.
(3908 views)

Music and Spirituality
by Edward Foley - MDPI AG , 2015
Music is a virtually ubiquitous companion to religious and spiritual practices. The intangible, insubstantial nature of sound is one of the reasons why music has so effectively symbolized the mysterious and wholly other since the dawn of creation.
(6783 views)

No Sense of Obligation: Science and Religion in an Impersonal Universe
by Matt Young - FirstBooks Library , 2001
A tour de force of science and religion, reason and faith, denoting in clear and unmistakable language and rhetoric what science really reveals about the cosmos, the world, and ourselves. Challenge to the believer and the nonbeliever alike.
(8527 views)

Shamanic Psychopomp: Guide of Souls
by F.J. Fritz - Feedbooks , 2003
Presented in an effort to provide the seasoned practitioner familiar with the basic concepts of shamanism with a guide, the author provides first hand accounts to assist the reader with examples of how to accomplish the sacred task of psychopomp.
(13690 views)

Thy Will Be Done: Sickness, Faith, and the God Who Heals
by J. C. Blumhardt, C. F. Blumhardt - The Plough Publishing House , 2011
With childlike confidence in the possibility of miracles and a deep trust that the Creator is supremely wise and good, the author point us away from our woes and to Jesus. As the Great Physician, he offers lasting comfort and healing without cost.
(12012 views)

Love Letters
by Eberhard Arnold, Emmy von Hollander - The Plough Publishing House , 2007
Everyone's looking for true love, but few people seem willing to work at making it last. With separation and divorce so commonplace that most people see them as inevitable, it seems the very idea of marital commitment is fast becoming a foreign one.
(13480 views)

People Who Don't Know They're Dead
by Gary Leon Hill - Booktrope , 2005
Gary Leon Hill tells a story of how his uncle and aunt came to counsel dead spirits who took up residence in bodies that didn't belong to them. Hill elucidates much of what we know about life, death, consciousness, and the meaning of the universe.
(11423 views)

How to Rescue Your Loved One from the Watchtower
by David A. Reed - CreateSpace , 2010
Each year thousands of husbands, wives, sons and daughters are converted by Jehovah's Witnesses through their so-called free home Bible study. This book tells exactly what to do to rescue them from the Jehovah's Witnesses.
(12805 views)

Religious Perplexities
by L. P. Jacks - Hodder and Stoughton , 1922
The first and greatest of religious perplexities, the source of all the rest, arises in the mysterious fact of our existence as individual souls. Our perplexities spring from the very root of life. Why are we here at all?
(11910 views)

Be Not Afraid: Overcoming The Fear Of Death
by Johann Christoph Arnold - Plough Publishing House , 2007
Arnold addresses fears that every person faces: fear of death and loss, fear of vulnerability, and fear of suffering. A pastor who has worked with the dying for three decades, Arnold knows that each of us must meet death in our own unique way.
(13128 views)

Debating the Divine: Religion in 21st Century American Democracy
by Sally Steenland - Center for American Progress , 2008
This book turns down the heat and turns up the light on the question of whether religion should be a force shaping our public policies and our common civic life. We have chosen to examine the many facets of the issue in a thoughtful way.
(12486 views)

Studies of the Gods in Greece at Certain Sanctuaries Recently Excavated
by Louis Dyer - MacMillan , 1891
Eight lectures given in 1890 at the Lowell Institute: introduction; Demeter at Eleusis and Cnidus; Dionysus in Thrace and Old Attica; Dionysus at Athens; gods at Eleusis; Aesculapius at Epidaurus and Athens; Aphrodite at Paphos; Apollo at Delos.
(15795 views) 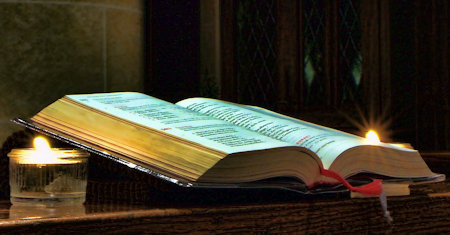