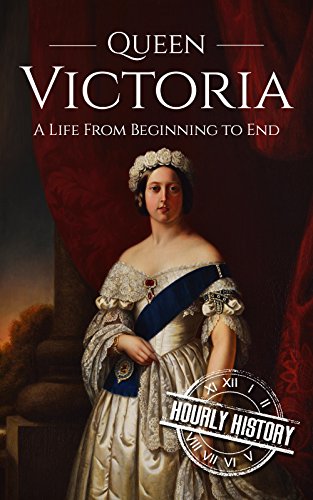 Queen Victoria: A Life From Beginning to End

Description:
The Queen of Great Britain and Ireland for 63 years, the mother of nine children and grandmother to 42, Queen Victoria's life was one of magnificent proportions. Victoria's childhood was difficult and lonely but from the time she took the throne aged just eighteen she blossomed into a powerful woman, both frivolous and formidable.

Black London: Life Before Emancipation
by Gretchen Holbrook Gerzina - Rutgers University Press
Gerzina has written an account of London blacks, focusing on the 18th and 19th centuries. Because of a paucity of sources from blacks themselves, he had to rely on glimpses through white eyes, especially those of antislavery advocate Granville Sharp.
(5921 views)

The British Monarchy on Screen
by Mandy Merck - Manchester University Press
In the first book length examination of film and television representations of this enduring institution, distinguished scholars of media and political history analyze the screen representations of royalty from Henry VIII to 'William and Kate'.
(3802 views)

The Story of the Empire
by Edward Salmon - George Newnes
The story about the dramatic development of the British dominions, east, west and south, from the time of Henry VII. to that of Edvard VII. This is not intended as a textbook, but should rather be regarded as a swiftly moving panorama.
(9249 views)