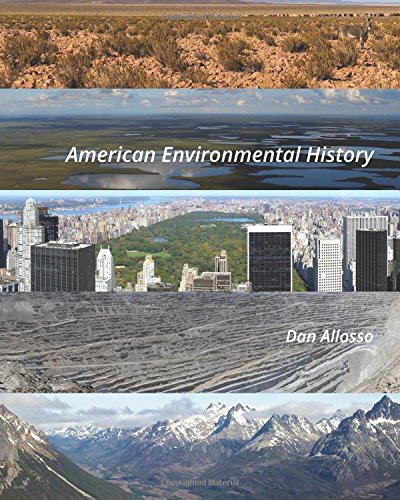 Description:
This text surveys findings of the new field of Environmental History about how the environment of the Americas influenced the actions of people here and how people affected their environments, from prehistory to the present.

The Loss of the S.S. Titanic: Its Story and Its Lessons
by Lawrence Beesley - Houghton Mifflin
Lawrence Beesley boarded the Titanic to go for a holiday in the States. His account of the epic disaster is widely regarded as one of the fairest and most comprehensive of its kind. Full of nautical detail and written with a hair-raising clarity.
(14749 views)

US History since 1877
by James Ross-Nazzal - Connexions
This is a textbook to be used for the second part of the US history survey course (U. S. after 1877) at Houston Community College, written by Dr. James Ross-Nazzal. Topics covered are: The Progressive Era; The Great War.
(10684 views)

The Generalship of Ulysses S. Grant
by J. F. C. Fuller - Dodd, Mead and Company
The reader leaves this book with a sense of knowing and understanding Grant, and believing that Grant's personality was the critical factor in the Union's 1864-1865 Virginia compaigns. This text is an essential Civil War reading.
(18173 views)