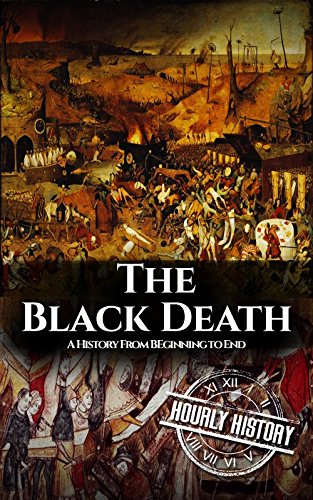 The Black Death: A History From Beginning to End

Description:
Sweeping across the known world with unchecked devastation, the Black Death claimed between 75 million and 200 million lives in four short years. In this engaging and well-researched book, the trajectory of the plague's march west across Eurasia and the cause of the great pandemic is thoroughly explored.

Destination Europe: The political and economic growth of a continent
by Kjell M. Torbiorn - Manchester University Press
Destination Europe interprets and interrelates the major political, economic and security developments in Europe from the end of the Second World War up until the present time and looks ahead to how the continent may evolve politically in the future.
(6523 views)

The personality cult of Stalin in Soviet posters, 1929-1953
by Anita Pisch - ANU Press
This book is the first dedicated study on the marketing of Stalin in Soviet propaganda posters. Drawing on the archives of libraries throughout Russia, hundreds of previously unpublished posters are examined, with more than 130 reproduced in colour.
(4254 views)

The Young Hitler I Knew
by August E. V. Anderson - Houghton Mifflin Company
An extraordinary memoir by a man who actually met Hitler in 1904. Their passion for music created a friendship, and a roommate situation. This book deals with the darkest, perhaps the most formative, and the most interesting period of Hitler's life.
(16988 views)

The German War
by Arthur Conan Doyle - Hodder and Stoughton
These essays, upon different phases of the drama which has made our lifetime memorable, would be unworthy of republication were it not that at such a time every smallest thing which may help to clear up a doubt, should be thrown into the scale.
(6892 views)