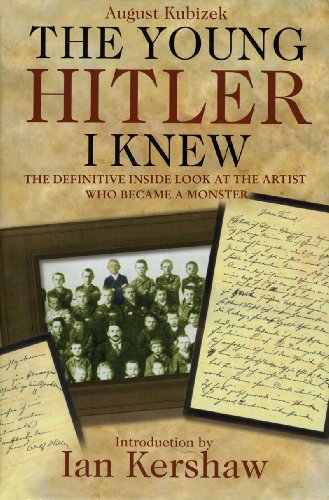 The Young Hitler I Knew
by August E. V. Anderson

Description:
The Young Hitler I Knew is an extraordinary memoir by a man who actually met Hitler in 1904 while they were both competing for a space at the opera. Their mutual passion for music created a friendship, and a roommate situation--and lends a personal and unique eye to explaining Hitler's character at the time. Most biographies begin with Hitler's rise to power: The Young Hitler I Knew is a 'must' for any who would delve into the roots of his personality

Early European History
by Hutton Webster - D.C. Heath & Co
This book gives a concise account of human progress during ancient, medieval, and early modern times. It should meet the requirements of those high schools and preparatory schools where ancient history is being supplanted by a more extended course.
(11537 views)

Vlad the Impaler: A Life From Beginning to End
- Hourly History
Many scholars argue that Vlad III Dracula, also known as Vlad the Impaler, is the real Dracula. He was known in western Europe for his cruelty, most especially his penchant for impaling his victims. He is said to have killed some 100,000 people ...
(4110 views)

Pompeii, Its Life and Art
by August Mau - The Macmillan Company
For twenty-five years Professor Mau has devoted himself to the study of Pompeii, spending his summers among the ruins and his winters in Rome. He holds a unique place among the scholars who have given attention to Pompeian antiquities...
(6137 views)

Reading In Modern European History
by Hutton Webster - D. C. Heath And Company
This volume of supplementary readings for a high-school course in modern European history consists of extracts from memoirs, letters, speeches, and other sources of information for the great events and personalities of the last three hundred years.
(11379 views)