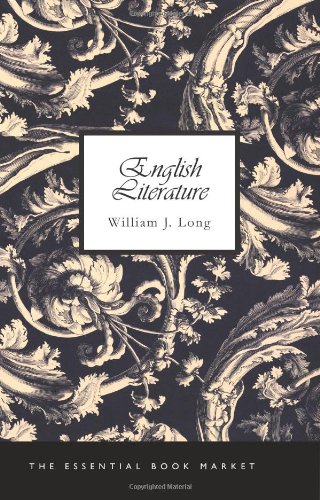 Description:
William J. Long's presentation on the history of English literature from Anglo-Saxon times to the close of the Victorian Era. The book has three specific aims: (1) to create or to encourage in every student the desire to read the best books, and to know literature itself rather than what has been written about literature. (2) To interpret literature both personally and historically, that is, to show how a great book generally reflects not only the author's life and thought but also the spirit of the age and the ideals of the nation's history. (3) To show, by a study of each successive period, how our literature has steadily developed from its first simple songs and stories to its present complexity in prose and poetry.

Faulkner and Hemingway: Biography of a Literary Rivalry
by Joseph Fruscione - The Ohio State University Press
Fruscione examines the contentious relationship of two titans of American modernism. At times, each voiced a shared literary and professional respect; at other times, each thought himself the superior craftsman and spoke of the other disparagingly.
(4162 views)

Getting to be Mark Twain
by Jeffrey Steinbrink - University of California Press
Mark Twain is one of our most accessible cultural icons, a figure familiar to virtually every American and renowned internationally. But he was not always as we know him today. This is the story of the coming of age of Mark Twain.
(9365 views)