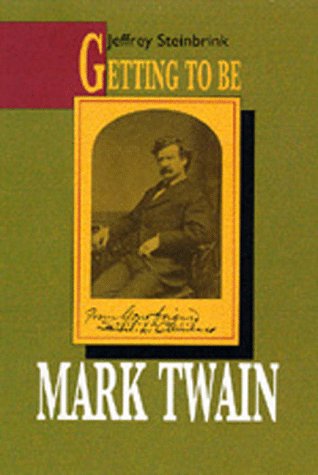 Getting to be Mark Twain
by Jeffrey Steinbrink

Description:
Mark Twain is one of our most accessible cultural icons, a figure familiar to virtually every American and renowned internationally. But he was not always as we know him today. Mark Twain began life as a loose gathering of postures, attitudes, and voices in the mind of Samuel Clemens. It was some time before he took full possession of the personality the world now recognizes. This is the story of the coming of age of Mark Twain.

Charles Dickens: A Critical Study
by George Gissing - Dodd, Mead and company
The first piece of thorough criticism of Charles Dickens and his works. Published when Dickens' literary reputation was at its lowest ebb, it helped to instigate a revival of appreciation for the novelist which has continued unabated ever since ...
(5053 views)

Horizons of Enchantment: Essays in the American Imaginary
by Lene M. Johannessen - Dartmouth College Press
Johannessen's subject here is the almost mystical American belief in the promise and potential of the individual, that can loosely be characterized as a fundamental and unwavering faith in the secular sanctity of the American project of modernity.
(5449 views)