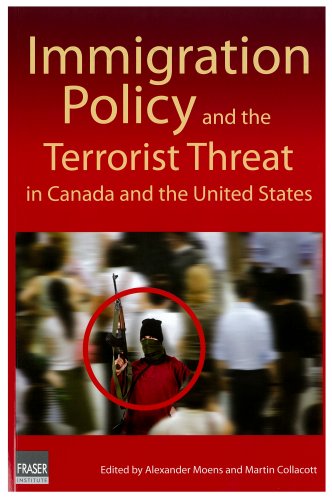 Immigration Policy and the Terrorist Threat in Canada and United States
by James Bissett, at al.

Description:
The raises questions about weaknesses in Canada’s immigration policies and procedures. Are there adequate measures in place to ensure reasonable levels of security with respect to the large inflows of immigrants into Canada? Is the American perception of insufficient security checks and controls in the Canadian system a serious concern? Has the Canadian political system failed to establish an appropriate balance between national security interests and the politics of immigration and ethnic vote-shopping?

A Practical Guide to Winning the War on Terrorism
by Adam Garfinkle - Hoover Institution Press
The book undermines the very notion that terrorism is a legitimate method of political struggle and for changing the conditions that lead people to embrace it. The authors examine the diplomatic, educational, and religious aspects of the problem.
(7624 views)

Beating International Terrorism : An Action Strategy for Preemption and Punishment
by Stephen Sloan - Air University Press
Written primarily for senior- and middle-level officials and officers who will be responsible for conducting war against terrorism. The author examines several definitional problems and analyzes approaches to counter and preempt terrorism.
(6206 views)

Terrorism Since 9/11: The American Cases
by John E. Mueller (ed.) - The Ohio State University
This book includes a discussion, each organized in a similar manner, of the cases that have come to light of Islamist extremist terrorism since 9/11, whether based in the United States or abroad, in which the United States itself has been targeted.
(6206 views)

Terrorism, the Laws of War, and the Constitution
by John Yoo - Hoover Institution Press
This volume examines three enemy combatant cases that represent the U.S. efforts to devise legal rules, consistent with constitutional principles, for waging the global war on terror. The contributors analyze the crucial questions these cases raise.
(12341 views)