Discover Canada: The Rights and Responsibilities of Citizenship
- Citizenship and Immigration Canada , 2010
It took courage to move to a new country. Your decision to apply for citizenship is another big step. You are becoming part of a great tradition that was built by generations. You need to know the information in this guide for the citizenship test.
(9449 views)

U.S. Immigration Policy
by J. Bush, T. F. McLarty III, E. Alden - Council on Foreign Relations , 2009
This report examines immigration into the U.S. in a foreign policy context. It broadens the debate by analyzing issues of economic competitiveness, terrorism and national security, human rights, and public diplomacy in the context of globalization.
(12911 views)

Immigration Law: A Primer
by Michael A. Scaperlanda - Federal Judicial Center , 2009
This monograph serves as an introduction to and overview of immigration law (and, to a lesser extent, the law governing noncitizens outside of the immigration context). A clear incongruity marks American immigration law and policy.
(11656 views)

Immigration Policy and the Terrorist Threat in Canada and United States
by James Bissett, at al. - The Fraser Institute , 2008
The authors identify serious weaknesses in the immigration, asylum, and border regimes from Canadian and American perspectives. The entry of a number of potentially dangerous individuals should warrant major attention and policy review.
(14751 views)

Welcome to the United States: A Guide for New Immigrants
- Citizenship and Immigration Services , 2007
A comprehensive guide for new permanent residents. It contains practical information to help immigrants settle into everyday life in the United States, as well as basic civics information that introduces new immigrants to the system of government.
(11042 views) 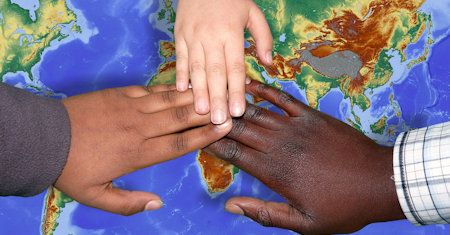