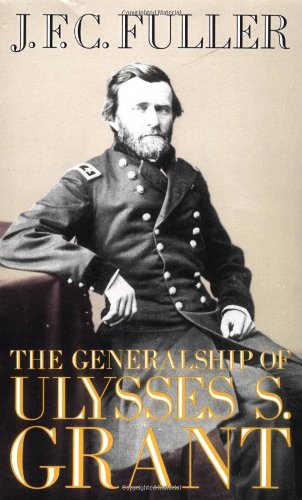 Description:
The paucity of source material utilized by General Fuller is more than offset by the lucidity of his commentary, and his keen insight into the military mind and psyche. Grant, the man, appears to have been a hobby of Fuller's, and while there are better analyses of the details of Grant's campaigns and battles, the reader leaves this book with a sense of knowing and understanding Grant, and believing that Grant's personality was the critical factor in the Union's 1864-1865 Virginia compaigns. The assessment of U.S. Grant is Fuller's personal assessment, nevertheless, when this reader finished the book he hoped Fuller was right. Essential Civil War reading. There's also some interesting commentary on the theory of military strategy and tactics.

The God of the Machine
by Isabel Paterson - G.P. Putnam's Sons
The author presents an original theory of history and a bold defense of individualism as the source of moral and political progress. When it was published, her book placed her in the vanguard of the free-enterprise movement now sweeping the world.
(17837 views)

Mayflower: A History From Beginning to End
- Hourly History
The story of the Mayflower is one of adventure, courage, and destiny. The Mayflower was the ship that launched a nation. She left from England in September of 1620, carrying 102 English Separatists to a new life, one that came with the freedom ...
(4335 views)

The Decline of the American Republic
by John T. Flynn - Mises Institute
In 1955, John T. Flynn saw what few others journalist did: the welfare-warfare state conspired to bring down American liberty. The New Deal combined with World War Two had fastened leviathan control over a country born in liberty.
(13557 views)

US History since 1877
by James Ross-Nazzal - Connexions
This is a textbook to be used for the second part of the US history survey course (U. S. after 1877) at Houston Community College, written by Dr. James Ross-Nazzal. Topics covered are: The Progressive Era; The Great War.
(10484 views)