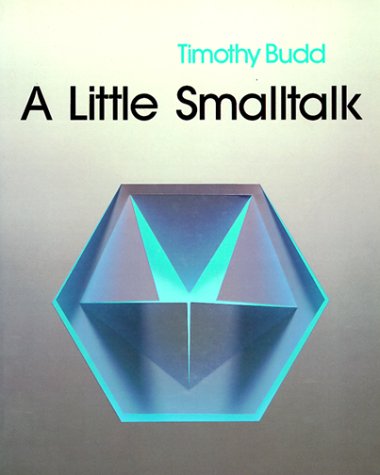 A Little Smalltalk
by Timothy Budd

Smalltalk and Object Orientation: An Introduction
by John Hunt - Springer
An introduction to object-orientation for 2nd, 3rd and 4th year computer science and software engineering students or those actively involved in the software industry. John Hunt adopts a 'hands on' approach providing a thorough introduction to O-O.
(9951 views)

Squeak: Learn Programming with Robots
by Stephane Ducasse - Apress
This book will teach you core programming concepts based on simple, visual problems that involve manipulation of robots, or 'turtles'. You will learn basic programming concepts like loops, abstractions, composition, and conditionals.
(13408 views)

Smalltalk With Style
by E. Klimas, S. Skublics, D. A. Thomas - Prentice Hall
Bridging the gap between established software engineering principles and the real-world programming, this book presents guidelines for programming in the Smalltalk language that will result in source code that is clear and easy to understand.
(12652 views)

Smalltalk by Example: The Developer's Guide
by Alec Sharp - Mcgraw-Hill
This book is written for people who want to become productive in Smalltalk programming in as short a time as possible. The book presents the information that the reader needs in order to understand the concepts and the capabilities of Smalltalk.
(12023 views)