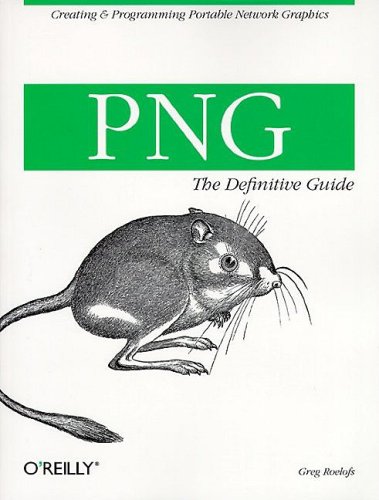 Description:
PNG, the Portable Network Graphics image format, is one little piece of the puzzle. In PNG: The Definitive Guide, I attempt to make PNG a little less puzzling by explaining the motivations behind PNG's creation, the ways in which it can be used, and the tools that can manipulate it. The intended audience is anyone who deals with PNG images, whether as an artist, a programmer, or a surfer on the World Wide Web.

Pixel Shaders: An Interactive Introduction to Graphics Programming
by Toby Schachman - pixelshaders.com
This book is intended to bring the wonder and joy of graphics processor programming to a wider audience. It is targeted at artists who want to integrate computer graphics into their work, and traditional programmers who want to try a different way.
(7133 views)

Cross-Platform GUI Programming with wxWidgets
by Julian Smart, Kevin Hock, Stefan Csomor - Prentice Hall PTR
wxWidgets is a free C++ API for writing GUI applications. This book is the best way for beginning developers to learn wxWidgets programming in C++. It is a must-have for programmers thinking of using wxWidgets and those already using it.
(20783 views)