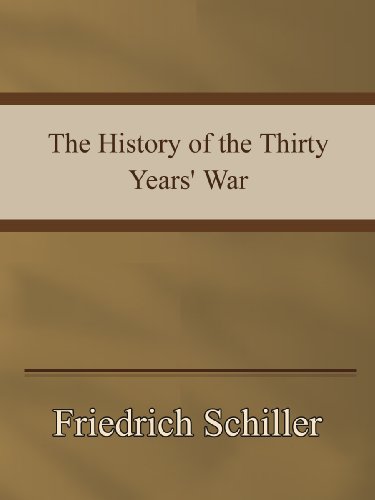 The History of the Thirty Years' War
by Friedrich Schiller

Description:
This is the only collected edition of the principal works of Schiller which is accessible to English readers. Detached poems or dramas have been translated at various times, and sometimes by men of eminence, since the first publication of the original works; and in several instances these versions have been incorporated, after some revision or necessary correction, into the following collection; but on the other hand a large proportion of the contents have been specially translated for this edition, in which category are the historical works which occupy this volume.

An Introduction to the History of Western Europe
by James Harvey Robinson - Ginn & company
The excellence of Robinson's 'History of Western Europe' has been attested by the immediate and widespread adoption of the book in many of the best schools and colleges of the country. It is an epoch-making text-book on the subject.
(7215 views)

A Source Book for Mediaeval History
by E.H. McNeal, O.J. Thatcher - Charles Scribner's Sons
Our purpose in general has been to present material touching only the most important matters of the whole medieval period. We have tried to offer in usable form illustrative material which may be of service to both teacher and student.
(6081 views)