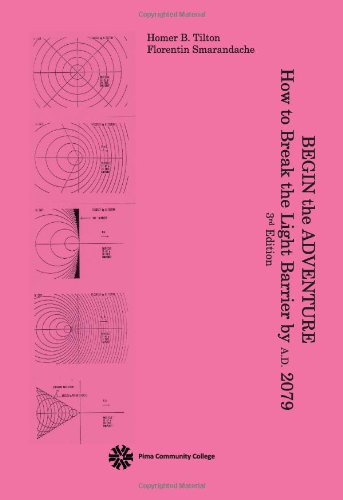 Begin the Adventure: How to Break the Light Barrier by A.D. 2070
by H. B. Tilton, F. Smarandache

Description:
The premise of this book is that the effects of the special theory of relativity are a kinematical perspective rather than being real; but "reality" is a slippery concept, and it is expected that the reader will keep that in mind.

The Theory of the Relativity of Motion
by Richard Chace Tolman - University of California Press
Classic introduction to Einstein's theory, written by a prominent physicist, provides the two main postulates upon which the theory rests and their experimental evidence. The relation between relativity and the principle of least action is discussed.
(11530 views)

Mechanics and Special Relativity
by Howard Georgi - Harvard College
For students with good preparation in physics and mathematics at the level of the advanced placement curriculum. Topics include an introduction to Lagrangian mechanics, Noether's theorem, special relativity, collisions and scattering, etc.
(15085 views)

Theory of Special Relativity
by Nadia L. Zakamska - arXiv
The main purpose of these notes is to introduce 4-vectors and the matrix notation and to demonstrate their use in solving problems in Special Relativity. The pre-requisites are calculus-based Classical Mechanics and Electricity and Magnetism.
(5282 views)

From aether theory to Special Relativity
by Rafael Ferraro - arXiv
At the end of the 19th century light was regarded as an electromagnetic wave propagating in a material medium called ether. The speed c appearing in Maxwell's wave equations was the speed of light with respect to the ether...
(6182 views)