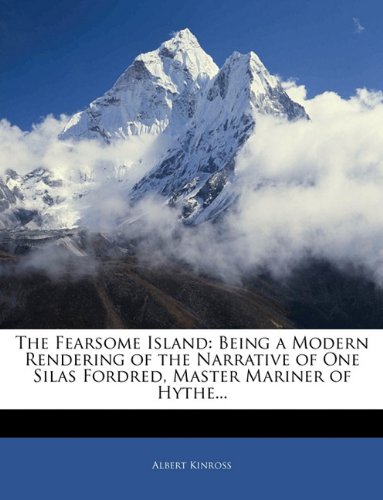 The Fearsome Island
by Albert Kinross

Description:
A modern rendering of the narrative of one Silas Fordred, master mariner of Hythe whose shipwreck and subsequent adventures are herein set forth. Also an appendix accounting in a rational manner for the seeming marvels that Silas Fordred encountered during his sojourn on the fearsome island of Don Diego Rodriguez.

The Strength of the Pines
by Edison Marshall - Little, Brown, and Company
Before the gray of dawn came over the land Bruce Duncan had started westward. He had no self-amazement at the lightning decision. He was only strangely and deeply exultant. The reasons why went too deep within him to be easily seen...
(7058 views)

Into the Unknown
by Lawrence Fletcher - Project Gutenberg
The scene is magnificently striking, but grand with a loneliness awful beyond description, for, so far as the eye can reach, the fervid sun beats upon nothing but towering mountain-peaks, whose grey and rugged summits pierce the fleecy heat-clouds.
(6954 views)

Under the Andes
by Rex Stout
This early novel by Rex Stout follows two men and a woman on a vacation in the Andes .. a vacation which takes them to a lost world beneath the mountains! This novel is a scientific romance of the pulp adventure variety.
(7474 views)

Stories from The Arabian Nights
by Laurence Houseman, Edmund Dulac - Hodder and Stoughton
The book includes the story of Ali Baba and the forty thieves, the story of the princess of Deryabar, the magic horse, Aladdin and the wonderful lamp, the fisherman and the genie, the king of the Ebony Isles, Sinbad the sailor, and other stories.
(17912 views)