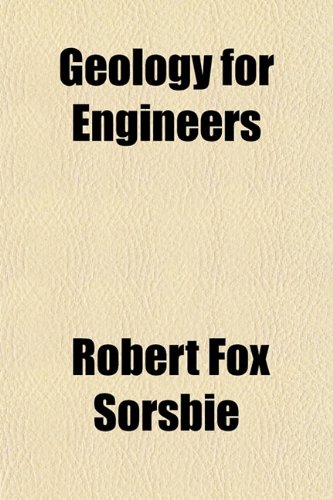 Description:
A knowledge of geology is of the first importance to the practical engineer. The engineer requires the needful information to be put before him in a clear and concise manner; the author compiled the requisite information in one volume, in the hope that it may serve as a handy book of reference.

The Geologic Story of Arches National Park
by S. W. Lohman - U. S. Government Printing Office
Arches National Park is located on the Colorado River 6 km north of Moab, Utah. It is known for containing over 2000 natural sandstone arches, including the famous Delicate Arch, in addition to a variety of unique geological resources and formations.
(4958 views)

Unsaturated Zone Hydrology for Scientists and Engineers
by James Tindall, James Kunkel - Pearson Education
This is a systematic coverage of state-of-the-art unsaturated zone hydrology. Coverage begins with the basic physical properties of clays, and moves on to contaminant transport, spatial variability, scaling, and fractals in the earth sciences.
(14392 views)

Volcanoes of the United States
by Steven R. Brantley - US. Government Printing Office
The U.S. ranks third, behind Indonesia and Japan, in the number of historically active volcanoes. A few volcanoes have produced some of the largest and most dangerous types of eruptions in this century, while several others have threatened to erupt.
(3158 views)