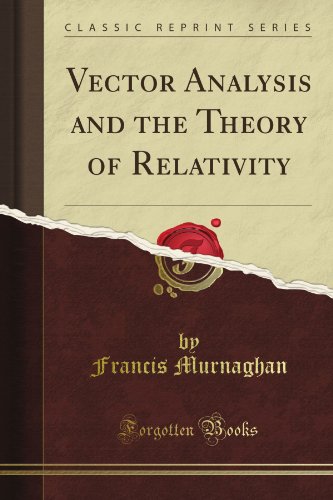 Vector Analysis and the Theory of Relativity
by Francis Dominic Murnaghan

Description:
This monograph is the outcome of a short course of lectures delivered, during the summer of 1920, to members of the graduate department of mathematics of The Johns Hopkins University. Considerations of space have made it somewhat condensed in form, but it is hoped that the mode of presentation is sufficiently novel to avoid some of the difficulties of the subject.

Honors Calculus
by Frank Jones - Rice University
The goal is to achieve a thorough understanding of vector calculus, including both problem solving and theoretical aspects. The orientation of the course is toward the problem aspects, though we go into great depth concerning the theory.
(12179 views)