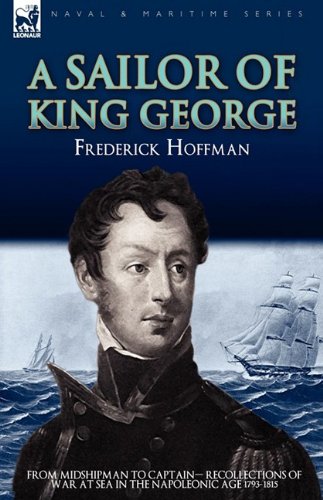 A Sailor of King George
by Captain Frederick Hoffman

Description:
These are the riveting recollections of an officer of the Royal Navy -- Nelson's navy -- in the first years of the nineteenth century, through the long wars with Britain's ancient enemy Spain and the France of the Revolution, Consulate and of the newly crowned Emperor Napoleon. Hoffman was a seaman who could inspire aspects of the Hornblower character.

Reconciliation Road: A Family Odyssey
by John Douglas Marshall - University of Washington Press
John Douglas Marshall takes leave of his career as a journalist to examine the legacy of his grandfather, the military historian S.L.A. Marshall, whose reputation and findings from the field of battle were challenged after his death.
(7655 views)

War's Dark Frame
by Wadsworth Camp - Dodd, Mead and company
Abruptly we realized that war for the individual has the quality of a perpetual tragic disaster. Later, in the cities of Europe, in the devastated districts, in the towns under bombardment, in the front line trenches, that truth was forced upon me.
(7636 views)

The Diary of a U-boat Commander
by Sir William Stephen Richard King-Hall - Feedbooks
The diary of a WWI U-Boat commander. A fascinating glimpse of life on the German U-boats during the intense submarine blockade. Iy also reminds us there were humans involved as we read of the thoughts and love of a man longing for his sweetheart.
(9471 views)

The Captives
by James L. Cathcart, Jane B. Cathcart - Herald Print
This journal was commenced one hundred and twelve years ago by a youth of seventeen years of age, who had been taken prisoner by the British, and carried into New York with most of the prisoners, on board first the Good Hope and then on the old...
(8609 views)