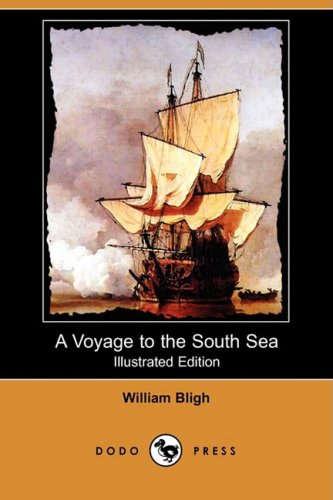 A Voyage to the South Sea
by William Bligh

Description:
William Bligh's second book about the Bounty mutiny, with a more detailed account of the breadfruit expedition that preceded the mutiny. He enlarged on his original work, providing the complete start to finish narrative in a single volume.

Nero
by C. Suetonius Tranquillus - ManyBooks
The work, written in AD 121, was the most popular work of Suetonius, Hadrian's personal secretary, and is the largest among his surviving writings. It is considered very significant in antiquity and remains a primary source on Roman history.
(7144 views)

Memoirs of Napoleon Bonaparte
by Louis Antoine Fauvelet de Bourrienne - Charles Scribner's Sons
This incredible set begins with Napoleon's birth in Corsica in 1769 and ends with his entombment in the Invalides in Paris in 1840. These four volumes include chronologies, text, letters, and many many insights, both personal and professional.
(8276 views)

Lives of the Noble Grecians and Romans
by Plutarch
A brilliant social history of the ancient world by one of the greatest biographers of all time. In his most famous and influential work, Plutarch reveals the character and personality of his subjects and how they led ultimately to tragedy or victory.
(11873 views)

Memoirs of the Life of Anne Boleyn, Queen of Henry VIII
by Elizabeth Benger, Lucy Aikin - Longman
Anne Boleyn was Queen of England from 1533 - 1536 as the second wife of King Henry VIII and Marquess of Pembroke in her own right. Her subsequent execution made her a key figure in the religious upheaval that was the start of the English Reformation.
(11306 views)