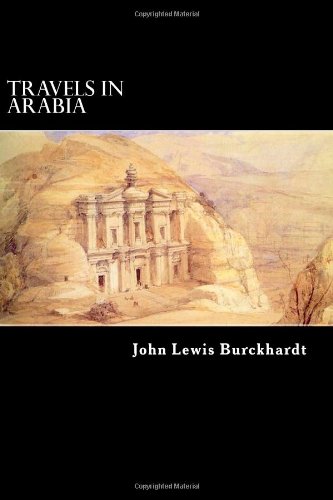 Description:
A fluent Arabic speaker with in-depth knowledge of the culture, customs and politics of the Near East of his time, Burkhardt is amongst the few westerners to have gained access to the holy cities of Mekka and Medina. He describes in great detail his travels, the trials and tribulations he faces, and the politics and livelihoods of the various tribes, towns and countries he visited.

The Land of Midian
by Richard F. Burton - C. Kegan Paul & Co.
Richard F. Burton was an English explorer, translator, writer, orientalist, poet, fencer and diplomat. He was known for his travels and explorations within Asia and Africa as well as his extraordinary knowledge of languages and cultures.
(11417 views)

Understanding Iran
by Jerrod D. Green - RAND Corporation
A handbook for U.S. Policymakers interested in understanding the Islamic Republic of Iran. It synthesizes existing analyses on Iran and draws from non-American experts with a different interpretive lens for viewing the seemingly opaque Iranian system.
(13331 views)

Villehardouin and de Joinville: Memoirs of the Crusades
by Geoffroi de Villehardouin - Dutton
Written by eye-witnesses who had taken an important part in what they describe. Stirring episodes in one of the most stirring chapters in human history. How Christendom put forth its power to capture and again recapture the holy land.
(15956 views)