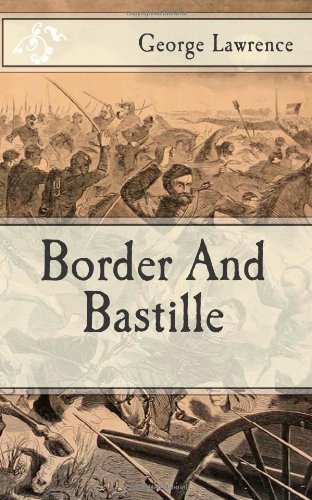 Border and Bastille
by George A. Lawrence

Description:
Published in 1863, this is the story of the author's adventurous trip from England to the Southern states during the War Between the States to serve in the Army of Northern Virginia. He was taken prisoner and only released on promising to return to England.

Villehardouin and de Joinville: Memoirs of the Crusades
by Geoffroi de Villehardouin - Dutton
Written by eye-witnesses who had taken an important part in what they describe. Stirring episodes in one of the most stirring chapters in human history. How Christendom put forth its power to capture and again recapture the holy land.
(15996 views)

A Voyage to the South Sea
by William Bligh - G. Nicol
William Bligh's second book about the Bounty mutiny, with a more detailed account of the breadfruit expedition that preceded the mutiny. He enlarged on his original work, providing the complete start to finish narrative in a single volume.
(6972 views)

My Search
by Josef Ben-Eliezer - The Plough Publishing House
In a world that is increasingly torn by hatred and war, is there an answer to the need of humanity? This is a fascinating account of survival against all odds, and the story of one man's search for the answers to the questions that face us all.
(8825 views)

Lives of the Noble Grecians and Romans
by Plutarch
A brilliant social history of the ancient world by one of the greatest biographers of all time. In his most famous and influential work, Plutarch reveals the character and personality of his subjects and how they led ultimately to tragedy or victory.
(13224 views)