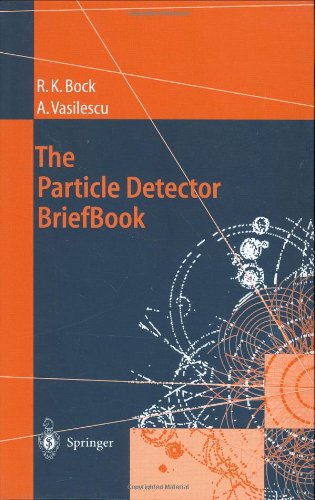 The Particle Detector BriefBook
by R.K. Bock, A. Vasilescu

Description:
This is a condensed handbook, or an extended glossary, written in encyclopedic format, covering subjects around particle detectors, the underlying physics, and the analysis of their data. It intends to be both introduction for newcomers and reference for physicists working in the field.

Introduction to Groups, Invariants and Particles
by Frank W. K. Firk - Orange Grove Texts Plus
This is an introduction to group theory, with an emphasis on Lie groups and their application to the study of symmetries of the fundamental constituents of matter. The text was written for seniors and advanced juniors, majoring in the physical sciences.
(17608 views)

Particle Physics Aspects of Modern Cosmology
by Robert H. Brandenberger - arXiv
Modern cosmology has created a tight link between particle physics / field theory and a wealth of new observational data on the structure of the Universe. These notes focus on some aspects concerning the connection between theory and observations.
(12380 views)

Non-Abelian Discrete Symmetries in Particle Physics
by Hajime Ishimori, at al. - arXiv
The authors review pedagogically non-Abelian discrete groups, which play an important role in the particle physics. They show group-theoretical aspects for many concrete groups, such as representations, their tensor products.
(10673 views)