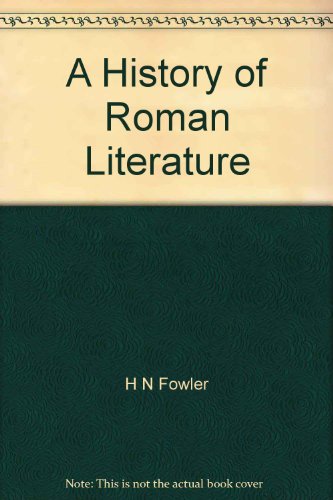 A History of Roman Literature
by Harold North Fowler

Description:
This book is intended primarily for use as a textbook in schools and colleges. I have therefore given more dates and more details about the lives of authors than are in themselves important, because dates are convenient aids to memory, as they enable the learner to connect his new knowledge with historical facts he may have learned before, while biographical details help to endow authors with something of concrete personality, to which the learner can attach what he learns of their literary and intellectual activity.

The Artistic Censoring of Sexuality
by Susan Mooney - Ohio State University Press
Mooney examines four novels that prompted in their day harsh censorship because of their sexual content -- Ulysses, Lolita, Time of Silence, and Russian Beauty. She shows how motifs of censorship became artistically embedded in the novels' plots.
(6620 views)