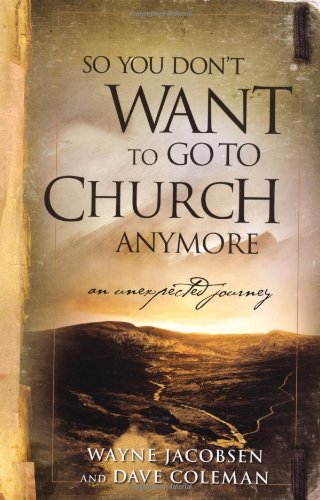 Description:
Jake Colsen is an overworked and disillusioned pastor. Facing his own disappointment with Christianity, Jake must forsake the habits that have made his faith rote and rediscover the love that captured his heart when he first believed...

The Book of Mormon

For the twelve million members of The Church of Jesus Christ of Latter-day Saints worldwide (six million in the United States), The Book of Mormon is literally the word of God, a companion volume to the Bible that contains the everlasting gospel.
(11260 views)

The Lost Books of the Bible
by Rutherford H. Platt, Jr. - Sacred Texts
This is a collection of New Testament Apocrypha, including many works which were admired by the early Christians, but which were later excluded from the canonical Bible. It includes accounts of the young Jesus, particularly the Gospel of Mary.
(18720 views)

The Pilgrim's Progress
by John Bunyan - H. Holt and company
This book is a powerful drama of Christian faith, the captivating allegory of a journey in search of salvation. It follows a pilgrim as he travels to the Celestial City. An influential classic, known for its simplicity and beauty of language.
(15172 views)