e-books in Other Eastern Religions category

Confucianism: Its Roots and Global Significance
by Ming-huei Lee - University of Hawai'i Press , 2017
Readers of this volume will discover the hard-mindedness and precision of thinking as they enter into the discussions of Confucianism. As readers progress through this book, they will be constantly reminded that all philosophy should be comparative.
(2964 views)

Bushido: The Soul of Japan
by Inazo Nitobe - Teibi Pub. Co. , 1900
This book outlines the codes and ethics of the Samurai warrior class of Tokugawa era Japan. Bushido lays down stringent rules of behavior towards superiors and inferiors, of behavior in battle and in peace, as well as the minutia of life.
(6164 views)

Being God
by Robin Price - Smashwords , 2012
Alex is shown his life and all of creation, then the void before creation, and instantly realises that he is God. This has a detrimental effect on his mental health, so he runs off to India in the hope of finding answers ...
(7549 views)

The Book of Tea
by Okakura Kakuzo - Putman's sons , 1906
This book focuses on the Japanese Art of Tea, but the author offers a rarely seen perspective on Eastern and Western cultures. Okakura Kakuzo gives a brief history of tea in China, and the stages of tea-drinking in that country.
(8359 views)

The Zen Experience
by Thomas Hoover - Project Gutenberg , 2010
Beginning with Indian Buddhism and Chinese Taoism it shows Zen as it was created by the personalities and actions of its masters over the centuries. With anecdote and memorable quotation, this work restores Zen to its living, human form.
(9595 views)

The Wisdom of Confucius
by Epiphanius Wilson - Colonial Press , 1900
The strangest figure that meets us in the annals of Oriental thought is that of Confucius. To the popular mind he is the founder of a religion, and yet he has nothing in common with the great religious teachers of the East.
(10910 views)

The Analects of Confucius
by Confucius - Fleming H. Revell , 1910
No other book in the entire history of the world has exerted a greater influence on a larger number of people over a longer period of time than this volume. Confucius, a man of great passion and many enthusiasms, speaks with clarity and brilliance.
(16236 views)

Arabic Thought and Its Place in History
by De Lacy O'Leary - Kegan Paul and Company , 1922
A study of the mutual influence of Arabic and Western worlds during the Middle Ages. It traces the transmission of Greek philosophy and science to the Islamic cultures. The book presents a fascinating portrait of medieval Muslim thought.
(19111 views) 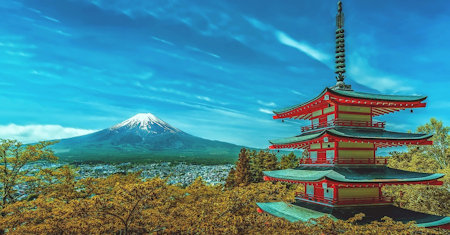