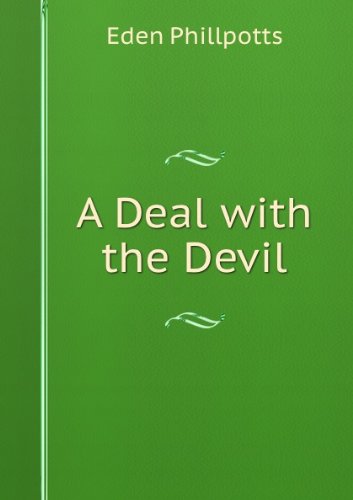 A Deal with The Devil
by Eden Phillpotts

Description:
Before my grandpapa, Mr. Daniel Dolphin, comes down to breakfast on the morning of his hundredth birthday, I may tell you something about him. He has been married three times; he has buried all his wives and all his children. There were five of the latter, resulting from grandpapa's three marriages; but now I, Martha Dolphin, the only child of grandpapa's eldest son, am the sole survivor and living descendant of Daniel Dolphin.

Shirley
by Charlotte Bronte - Harper
Set during the Napoleonic wars, Shirley is a passionate depiction of conflict among classes, sexes, and generations. Struggling manufacturer Robert Moore considers marriage to the wealthy Shirley Keeldar, yet his heart lies with Caroline ...
(7344 views)

The Tower of Oblivion
by Oliver Onions - The Macmillan Company
An extravaganza based on the juvenating gland and its endless possibilities. A novel of topsy-turviness in man's aging process, so original in its conception that it would be a pity to summarize it for you - written with distinction of manner.
(5663 views)