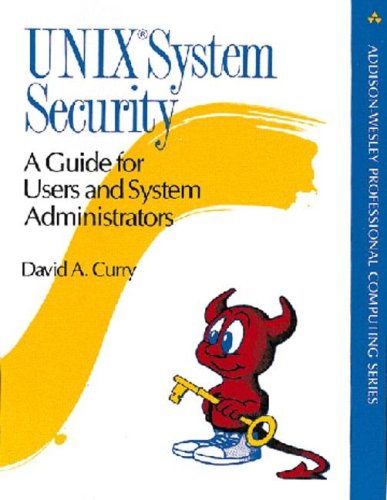 UNIX System Security: A Guide for Users and System Administrators
by David A. Curry

Description:
UNIX System Security is the first up-to-date source to provide the UNIX system user or administrator with the information needed to protect the data and system from unauthorized use. By following the procedures described in this book and making use of the C programs and shell scripts provided as examples, you can protect your UNIX system from most attackers.

A Quick Introduction to Unix
by Jim Tyson, et al. - Wikibooks
Unix is an operating system designed for use on any kind of computer or computing device. It is a multi-tasking, multi-user system. Unix is also part of the underlying technology of the Internet. Many of the web servers run Apache under Unix.
(8933 views)

Effective AWK Programming
by Arnold D. Robbins
This tutorial covers the entire spectrum of awk script development: From the basics of opening, searching, and transforming text files, to a comprehensive tutorial for regular expressions, to more advanced features like internetworking.
(11679 views)

Guide to Unix
- Wikibooks
This book is a guide to Unix and Unix-like operating systems, such as GNU/Linux and *BSD. The book targets Unix or non-Unix users seeking background, Unix system users, and Unix system administrators (background and administrator instructions).
(8736 views)