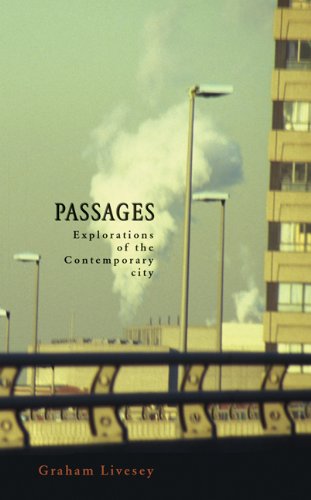 Passages: explorations of the contemporary city
by Graham Livesey

Description:
Informed by the work of writers such as Henri Lefebvre, Paul Ricouer and Michel de Certeau, this collection of essays examines through multiple lenses eight topics related to the contemporary urban domain. The author employs powerful geographic and literary concepts such as space, narrative, and metaphor to interpret the often bewildering complexity of the post-modern city.

Cities Full of Symbols: A Theory of Urban Space and Culture
by Peter J. M. Nas (ed.) - Leiden University Press
The book develops urban symbolic ecology and hypercity approaches into a new perspective on social cohesion. Architects, sociologists and historians converge to make this a book for anyone interested in urban life, policymaking and city branding.
(9641 views)

A History of Architecture
by F. Kimball, G.H. Edgell - Harper & brothers
The attempt has been made to present each style as a thing of growth and change, rather than as a formula based on the monuments of some supposed apogee, with respect to which the later forms have too often been treated as corrupt.
(13151 views)

The Picturesque Antiquities of Spain
by Nathaniel Armstrong Wells - Project Gutenberg
Some accounts of the author's travels in Spain. Described in a series of letters, with illustrations, representing moorish palaces, cathedrals, and other monuments of art, contained in the cities of Burgos, Valladolid, Toledo and Seville.
(11441 views)

How to Study Architecture
by Charles H. Caffin - Dodd, Mead & Co
This book will give you a very good understanding of the basic history of architecture, from the dawn of civilization until the dawn of the Twentieth Century. It covers all the major periods within that time and lays out a basic philosophy ...
(6209 views)