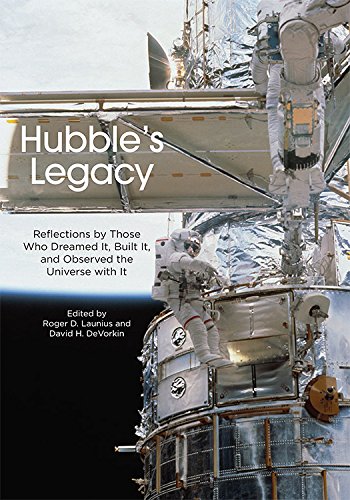 Description:
The development and operation of the Hubble Space Telescope (HST) have resulted in many rich legacies, most particularly in science and technology -- but in culture as well. This book, which includes contributions from historians of science, key scientists and administrators, and one of the principal astronauts who led many of the servicing missions, is meant to capture the history of this iconic instrument.

Apollo by the Numbers: A Statistical Reference
by Richard W. Orloff - NASA History Division
With the passage of time there are opportunities to reconsider Project Apollo anew. This book draws out the statistical information about each of the flights that have been long buried in numerous technical memoranda and historical studies.
(15325 views)

The Future of Remote Sensing From Space
- U.S. Congress, Office of Technology Assessment
This report examines issues related to the development and operation of publicly funded U.S. and foreign civilian remote sensing systems. It also explores the military and intelligence use of data gathered by civilian satellites.
(5168 views)

Breaking the Mishap Chain
by P.W. Merlin, G.A. Bendrick, D.A. Holland - NASA
This volume contains a collection of case studies of mishaps involving aerospace vehicles and spacecraft in which human factors played a significant role. It is offered as a learning tool so that future programs do not repeat the mistakes.
(7570 views)