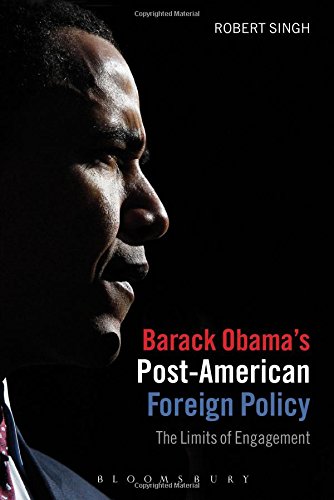 Description:
Robert Singh argues that Obama's approach of 'strategic engagement' was appropriate for a new era of constrained internationalism, but it has yielded modest results. Obama's search for the pragmatic middle has cost him political support at home and abroad, whilst failing to make decisive gains.

The Prince
by Niccolo Machiavelli - Antonio Blado d'Asola
Shorter than most classic works, and more accessible to current readers because of their familiarity with politics, this work yields benefits to all who read, and critically examine the precepts it explains. A must-read classic of world literature.
(13815 views)

To the Right: The Transformation of American Conservatism
by Jerome L. Himmelstein - University of California Press
In this important book, Jerome Himmelstein offers a new interpretation of the growth of conservatism in American politics. He provides an interpretive map of the political landscape over past decades, showing how conservatives ascended to power.
(9437 views)

Occupiers of Wall Street: Losers or Game Changers
by Bhaskar Sarkar - Smashwords
The Occupiers of Wall Street burst into media limelight on 17 September 2011. They inspired over 1500 protests against corporate greed and the nexus between politicians and corporation in 82 countries around the world by October 2011 ...
(7993 views)

NATO Enlargement: Illusions and Reality
by Ted Galen Carpenter (ed.) - Cato Institute
NATO has been an alliance without a mission since the end of the Cold War. NATO enlargement reflects a failure on the part of policy makers to recognize new strategic realities -- and that failure could have dangerous unintended consequences.
(5138 views)