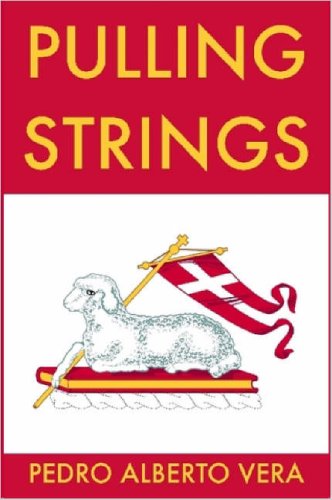 Description:
In "Shining Star", a lame duck US President closed a legal loophole that forced the citizens of the US Commonwealth of Puerto Rico to vote in a referendum and choose between becoming the 51st state of the union, and becoming an independent republic. The republic won in a landslide, and the Republic of Puerto Rico was born. Only a select few knew that Puerto Rico was sitting on gigantic oil reserves that made the oil fields in Saudi Arabia and Alaska pale in comparison. Now in "Pulling Strings", The Republic of Puerto Rico is strong, and it is setting into motion a plan that will eventually give it control of the Caribbean. The Americans are worried about these developments, but there is nothing that can be done as long as the Puerto Ricans continue their socially progressive and capitalist-friendly policies. The Puerto Ricans must keep their plans on track while keeping the Americans neutralized politically, and while fighting an invisible enemy, at home and at abroad.

Life and Death
by Henryk Sienkiewicz - Little, Brown, and Company
Legends and stories written by a Polish journalist and Nobel Prize-winning novelist Henryk Sienkiewicz: Life and Death - A Hindu Legend; Is He the Dearest One? A Legend of the Sea; The Cranes; The Judgment of Peter and Paul on Olympus.
(7974 views)

The Decameron
by Giovanni Boccaccio
Set against the background of the Black Death of 1348, the hundred linked tales in Boccaccio's masterpiece are peopled by nobles, knights, doctors, students, artists, peasants, servants, thieves, gamblers, lovers, both faithful and faithless.
(11289 views)

The Torrents of Spring
by Ivan Turgenev - The Macmillan Company
This literary work, as an unhappy love story, is often understood by readers as a description of Turgenev's own failure in finding romantic love. The story is partly autobiographical with the main character Sanin representing Turgenev himself.
(4411 views)

The Trial
by Franz Kafka
The terrifying tale of Joseph K, who is arrested and must defend his innocence against a charge about which he can get no information. A nightmare vision of the excesses of modern bureaucracy wedded to the mad agendas of totalitarian regimes.
(4930 views)