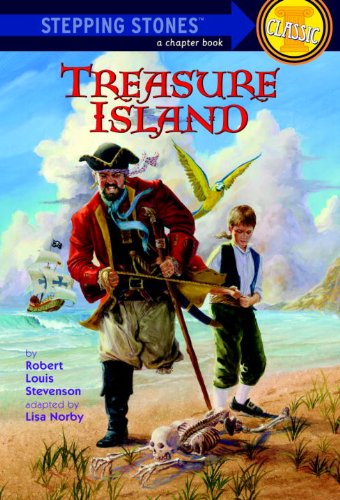 Description:
The most popular pirate story ever written in English, featuring one of literature’s most beloved “bad guys,” Treasure Island has been happily devoured by several generations of boys—and girls—and grownups. Its unforgettable characters include: young Jim Hawkins, who finds himself owner of a map to Treasure Island, where the fabled pirate booty is buried; honest Captain Smollett, heroic Dr. Livesey, and the good-hearted but obtuse Squire Trelawney, who help Jim on his quest for the treasure; the frightening Blind Pew, double-dealing Israel Hands, and seemingly mad Ben Gunn, buccaneers of varying shades of menace; and, of course, garrulous, affable, ambiguous Long John Silver, who is one moment a friendly, laughing, one-legged sea-cook . . .and the next a dangerous pirate leader!

Uncle Tom's Cabin
by Harriet Beecher Stowe - Project Gutenberg
The moving abolitionist novel that fueled the fire of the human rights debate in 1852 and melodramatically condemned the institution of slavery through such powerfully realized characters as Tom, Eliza, Topsy, Eva, and Simon Legree.
(13147 views)

Tom Brown's School Days
by Thomas Hughes - Grosset & Dunlap
Lively and mischievous, idle and brave, Tom Brown is both the typical boy of his time and the perennial hero. The book describes Tom's time at Rugby School from his first football match, through his troubled adolescence when he is savagely bullied...
(7783 views)

Black Beauty
by Anna Sewell - Young Folks
A classical story of a classical time, presenting the story from the perspective of the horse from birth to old age. With a timeless message about kindness to animals, this book will forever be one of the best animal stories ever written.
(16289 views)

Twas the Night before Christmas
by Clement Clarke Moore - Houghton Mifflin Company
'Twas the Night Before Christmas has been in print for more than eighty years, and this version of the beloved poem with classic illustrations has become as much a part of Christmas as Santa Claus. A Christmas present for kids.
(9463 views)