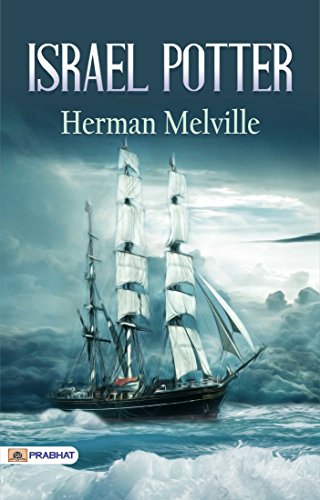 Israel Potter: His Fifty Years of Exile
by Herman Melville

Description:
Based on the life of an actual soldier who claimed to have fought at Bunker Hill, Israel Potter is unique among Herman Melville's books: a novel in the guise of a biography. In telling the story of Israel Potter's fall from Revolutionary War hero to peddler on the streets of London, where he obtained a livelihood by crying 'Old Chairs to Mend', Melville alternated between invented scenes and historical episodes...

The Confidence-Man: His Masquerade
by Herman Melville - Dix, Edwards & Co.
Onboard the Fidele, a steamboat floating down the Mississippi to New Orleans, a confidence man sets out to defraud his fellow passengers. In quick succession he assumes numerous guises - from a legless beggar to a collector for charitable causes.
(2149 views)

Omoo: Adventures in the South Seas
by Herman Melville - Harper & Brothers
A sequel to Melville's first South Sea narrative Typee. After leaving the island of Nuku Hiva, the main character ships aboard a whaling vessel that makes its way to Tahiti, after which there is a mutiny and the crew are imprisoned on Tahiti.
(2422 views)

Moby Dick
by Herman Melville - Project Gutenberg
A masterpiece of storytelling and symbolic realism, this thrilling adventure and epic saga pits Ahab, a sea captain, against the great white whale that crippled him. More than just the tale of a voyage, the story passionately probes man's soul.
(8430 views)

Redburn: His First Voyage
by Herman Melville - Harper & Brothers
Widely believed to be among Melville's most popular works, the book follows the young Wellingborough Redburn on his first journey at sea. A boy on the verge of manhood, Redburn's decision to become a sailor is at odds with his gentle upbringing.
(5469 views)